Argan oil is produced from the kernels of the argan tree that is endemic to the arid and semi-arid regions of southwestern Morocco. For centuries local women have extracted the golden-coloured oil for use in cooking and traditional medicine. More recently argan oil has gained worldwide recognition as both an ingredient in high-end, personal care products and as a heart-healthy gourmet product.

To make argan oil, the outer layer of the tree fruit is peeled and then its inner nut is pound with a rock to extract kernels, from which the oil is extracted. When the oil is destined for consumption, the kernels are roasted before pressing to add flavour. This very labour-intensive work is frequently carried out by women’s cooperatives that provide a steady income for many women and have helped improve their social status in a traditionally male-dominated society.

Alongside providing a vital source of income and food for the local community, the argan tree also provides protection from desertification and helps preserve biodiversity.

Structuring of the value chain began in the 1990s with the creation of cooperatives and Economic Interest Groupings (EIG). A Protected Geographical Indication (PGI) was recognized in 2010 with the publication of specifications and hallmarks of quality.

Today, there are nearly 200 cooperatives, 160 companies, 4 EIGs and 2 Unions. The argan value chain is characterized by the important traditional knowledge at the level of the women’s cooperatives that ensure the phase prior to the extraction of oil.

Annual production of argan oil is around 4000 T/oil. While numerous products (cooking oil, cosmetic oil, creams, soaps, etc.) are manufactured and marketed, only 10% of national production is exported (with a predominance of bulk). As a result, most of the profits from the worldwide sale of argan oil transformed products do not reach the local community.

A Moroccan Interprofessional Body for Argan has been established in 2011. It groups all the five associations representing the major actors involved in the argan oil production (argan trees right holders, cooperatives, companies, the association for the PGI Argane and traders of argan oil). FIMARGANE is the private entity involved with ANDZOA (the National Agency for Argane and Oasis zones, which is linked to the Department of Agriculture) in the argan contract programme, a roadmap for argan development covering the period 2011-2020.

Although the argan industry, by virtue of its uniqueness, has received substantial support during the last decade, there are still critical challenges facing the value chain, such as collection and management of the raw material, production and marketing, as well as governance. PAMPAT’s intervention is focused on improving market access of the value chain. This involves supporting the public and private institutions directly involved in the development and promotion of Argan oil to develop a common vision for the value chain. PAMPAT is also strengthening linkages and partnerships between the different actors in the value chain through the introduction of standard contracts and developing partnerships and consortia. Project activities clearly focus on promoting the use of the “Geographical Indication Argan” and the improvement of the marketing mix in order to facilitate the access of these products to international markets. 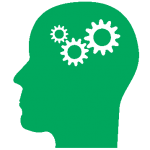 • Strengthening links between different actors in the value chain

• Promoting the Argan PGI and increase local incomes through labelisation

Women in the argan sector

Learn more about argan oil and the changing role of women in society.

Learn more about the PAMPAT project and its support to the argan oil value chain.